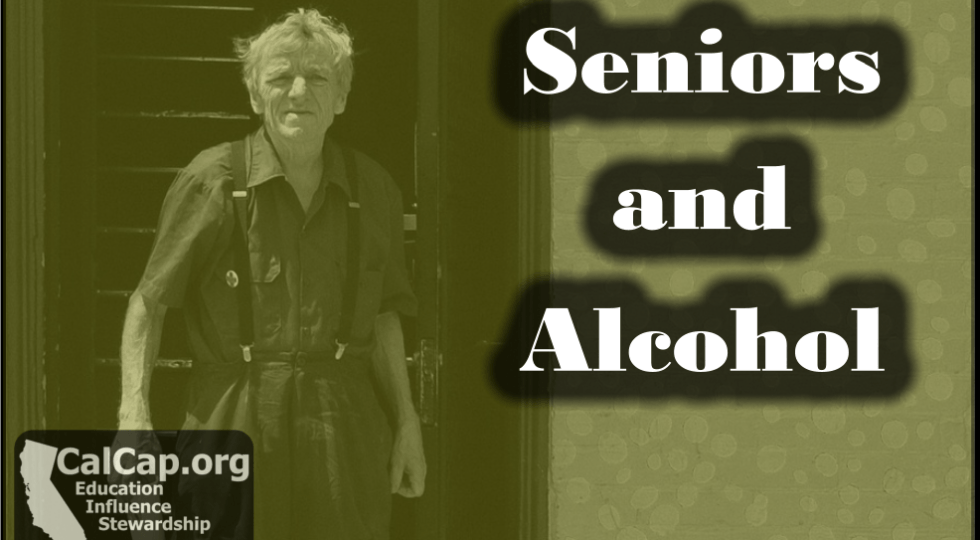 Drinking Prevalence and Patterns Among the Elderly

Surveys of different age groups in the community suggest that the elderly, generally defined as persons older than 65, consume less alcohol and have fewer alcohol-related problems than younger persons. However, some surveys that track individuals over time suggest that a person’s drinking pattern remains relatively stable with age, perhaps reflecting societal norms that prevailed when the person began drinking (1). For example, persons born after World War II may show a higher prevalence of alcohol problems than persons born in the 1920’s, when alcohol use was stigmatized (2). In addition, some people increase their alcohol consumption later in life, often leading to late-onset alcoholism (1).

The prevalence of problem drinking in nursing homes is as high as 49 percent in some studies, depending in part on survey methods (7). The high prevalence of problem drinking in this setting may reflect a trend toward using nursing homes for short-term alcoholism rehabilitation stays (8). Late-onset alcohol problems also occur in some retirement communities, where drinking at social gatherings is often the norm (9).

Comparison among studies is complicated by the diversity of the subject population: The “elderly” span more than four decades in age and range from the actively employed to the disabled and institutionalized. Consequently, different studies employ different definitions of the term (8). In addition, surveys of alcohol consumption among the elderly are subject to potential sources of error for some of the following reasons:

Combined Effects of Alcohol and Aging

Although many medical and other problems are associated with both aging and alcohol misuse, the extent to which these two factors may interact to contribute to disease is unclear. Some examples of potential alcohol-aging interactions include the following:

Does Aging Increase Sensitivity to Alcohol?

Limited research suggests that sensitivity to alcohol’s health effects may increase with age. One reason is that the elderly achieve a higher blood alcohol concentration (BAC) than younger people after consuming an equal amount of alcohol. The higher BAC results from an age-related decrease in the amount of body water in which to dilute the alcohol. Therefore, although they can metabolize and eliminate alcohol as efficiently as younger persons, the elderly are at increased risk for intoxication and adverse effects (25).

Aging also interferes with the body’s ability to adapt to the presence of alcohol (i.e., tolerance). Through a decreased ability to develop tolerance, elderly subjects persist in exhibiting certain effects of alcohol (e.g., incoordination) at lower doses than younger subjects whose tolerance increases with increased consumption (26). Thus, an elderly person can experience the onset of alcohol problems even though his or her drinking pattern remains unchanged. These conclusions are supported by laboratory experiments with rats that indicate age-related changes in tolerance to alcohol (27).

Aging, Alcohol, and the Brain

Age-related changes in volume also occur in the cerebellum, a part of the brain involved in regulating posture and balance (31). Thus, long-term alcohol misuse could accelerate the development of age-related postural instability, increasing the likelihood of falls (32).

Treatment of Alcoholism in the Elderly

Studies indicate that elderly persons with alcohol problems are at least as likely as younger persons to benefit from alcoholism treatment. The outcomes are more favorable among persons with shorter histories of problem drinking (i.e., late onset). Additionally, although evidence is not entirely consistent, some studies suggest that treatment outcomes may be improved by treating older patients in age-segregated settings (33,23).

The use of medications to promote abstinence has not been studied extensively in elderly subjects. However, one study has suggested that naltrexone (ReVia®) may help prevent relapse to alcoholism in subjects ages 50 to 70 (34). Results of research in animals suggest that age-related alterations in specific chemical messenger systems in the brain may alter the effectiveness of medications used to treat alcoholism and mental disorders (35).

Because alcohol problems among older persons often are mistaken for other conditions associated with the aging process, alcohol abuse and alcoholism in this population may go undiagnosed and untreated or be treated inappropriately. Health care providers should discuss alcohol use with their older patients as a part of routine care. Advice to older patients should include the medical conditions common to older people, such as high blood pressure and ulcers, that can be worsened by drinking and over-the-counter and prescription drugs that can be dangerous, or fatal, when mixed with alcohol. Where there is no medical condition that would preclude the use of alcohol, older patients should be advised to limit their alcohol intake to one drink per day. Finally, health care providers, including emergency room personnel and admitting physicians who suspect an alcohol problem in their elderly patients, should refer such patients to treatment. It is a mistaken belief that older persons have little to gain from alcoholism treatment; each stage of life has its own rewards for sobriety, and they are all valuable.

1A standard drink is generally considered to be 12 ounces of beer, 5 ounces of wine, or 1.5 ounces of distilled spirits, each drink containing approximately 0.5 ounces of alcohol.

All material contained in the Alcohol Alert is in the public domain and may be used or reproduced without permission from NIAAA. Citation of the source is appreciated.

Copies of the Alcohol Alert are available free of charge from the National Institute on Alcohol Abuse and Alcoholism Publications Distribution Center, P.O. Box 10686, Rockville, MD 20849-0686.

Information furnished by
National Institute on Alcohol Abuse and Alcoholism

No Amount is Safe

5 Ways a Dog Can Help You Recover from Alcohol Addiction